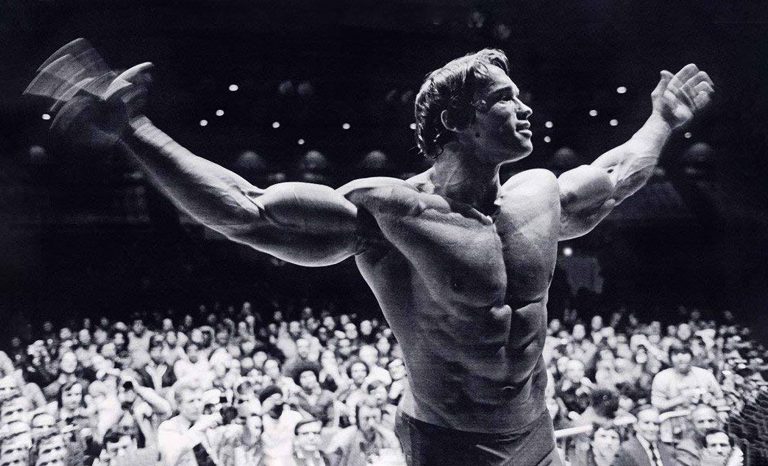 Arnold Schwarzenegger is a living example that one can truly live the “American Dream”. His dedication and commitment to channel all his energy towards achieving a goal has allowed him to reach to great heights. He has become a global icon by applying himself to the fullest in order to do what he aspired.

1. He Had A Vision and Followed Through

Arnold Schwarzenegger is among the rare individuals who envisioned a target he wanted to meet and met it. He ignored all those that did not believe in him. He proved his ability to reach his goals by an iron will and sheer hard work. He is a living example of the fact that hard work can beat talent any time. His most admirable quality has been the fact that he believes in giving back. He made efforts towards promoting good health and wellbeing as well as contributing to the betterment of society. He aimed to achieve and he succeeded.

2. He Is Larger Than Life

Arnold Schwarzenegger proved himself to be a part of history by succeeding in achieving all he set out to. His portrait standing in front of the California seal proved that he will go down in history as a great achiever. Gottfried Helnwein painted his portrait that has made him a symbol of greatness through perseverance. He dreamt that he would come to California and succeed and he did.

>1. “Trust yourself”: Arnold believed that one knows themselves better. All can give advice, but only you know what you need to do.
>2. “Break the Rules”: Arnold believes in thinking outside the box. He does not promote any illegal activity, but he believes one should not be so nice that they sacrifice their benefits to please others.

>3. “Don’t Be Afraid to Fail”: You cannot let fear stop you from pushing yourself. You have to have the self belief that motivates to go the extra mile.

>4. “Don’t Listen to the Naysayers”: Many might try to dishearten your efforts. They may discourage you, but you have to ignore them and push through to greatness.

>5. “Work Your Butt Off”: Nothing beats hard work. No pain No gain. Work till it hurts. If you do not make the effort someone else will and they will have better lives than you.

>6. “Give Back”: You have to give back to the community that gave you the opportunity to have so much.

4. He Is a Leader and a Motivator

Arnold Schwarzenegger is proof that hard work, determination and dedication will allow one to achieve their ambitions. He has proven that one can live the “American dream”. He evolved into a natural leader by earning the respect, honor and gratitude from all.  He became a role model for the world, but he never forgot the importance of being charitable and caring for his family.

5. He Has Been Successful In Every Area of His Life

The fact is that Arnold Schwarzenegger never worried about the problems or challenges he would face in achieving his goals. He was also very focused towards his targets. He remained persistent regardless of the challenges. He worked towards his goals with great dedication and resolve. Arnold Schwarzenegger never lets anyone discourage him from climbing the ladder of success.  He became successful regardless of not being able to fit in the norm. Rather he stood out and was noticeable, which made him the trademark he is now.

Arnold Schwarzenegger is true proof that hard work is the key to success. Regardless of the many challenges he faced, he still was able to achieve every goal he set for himself. We should all take his perseverance as an example of how one can do anything if they remain committed and work hard.

“The worst thing I can be is the same as everybody else. I hate that.” -Arnold Schwarzenegger

“When you go through hardships and decide not to surrender, that is strength” -Arnold Schwarzenegger

“For me life is continuously being hungry. The meaning of life is not simply to exist, to survive, but to move ahead, to go up, to achieve, to conquer.” -Arnold Schwarzenegger

“I knew I was a winner back in the late sixties. I knew I was destined for great things. People will say that kind of thinking is totally immodest. I agree. Modesty is not a word that applies to me in any way – I hope it never will.” -Arnold Schwarzenegger

“Strength does not come from winning. Your struggles develop your strengths. When you go through hardships and decide not to surrender, that is strength.” -Arnold Schwarzenegger

“Every year I make a plan. I do it. It will be done” -Arnold Schwarzenegger

“Bodybuilding is much like any other sport. To be successful, you must dedicate yourself 100% to your training, diet and mental approach.” -Arnold Schwarzenegger

“Failure is not an option. Everyone has to succeed.” -Arnold Schwarzenegger

“Help others and give something back. I guarantee you will discover that while public service improves the lives and the world around you, its greatest reward is the enrichment and new meaning it will bring your own life.”-Arnold Schwarzenegger

“Learned helplessness is the giving-up reaction, the quitting response that follows from the belief that whatever you do doesn’t matter.” -Arnold Schwarzenegger

“The mind is the limit. As long as the mind can envision the fact that you can do something, you can do it, as long as you really believe 100 percent.” -Arnold Schwarzenegger